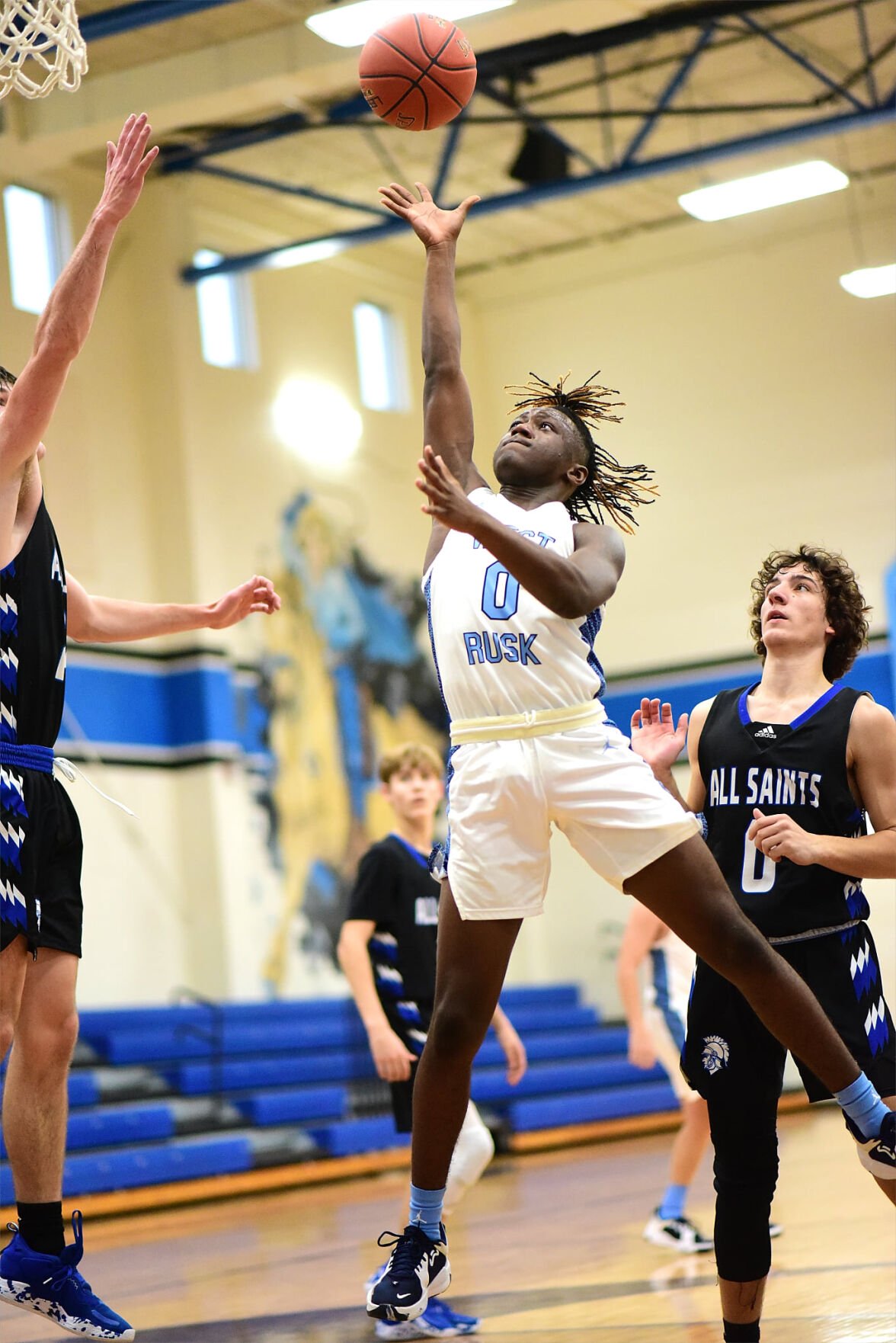 Geremiah Smith (0) attempts to shoot a layup as All Saints players surround him. 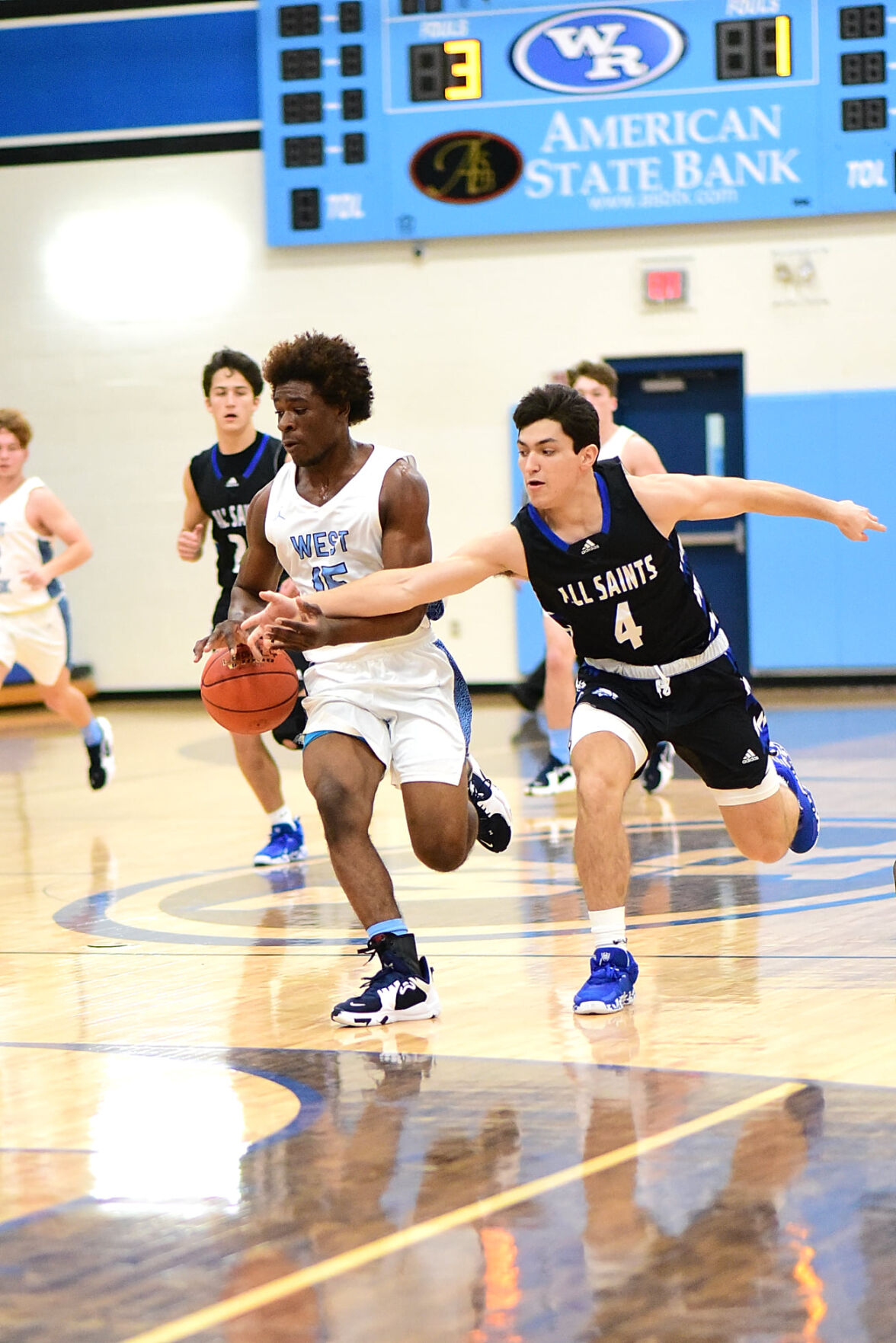 Noah Murphy (15) tries to keep control of the ball as a Trojan player attempts to make a steal.

Geremiah Smith (0) attempts to shoot a layup as All Saints players surround him.

Noah Murphy (15) tries to keep control of the ball as a Trojan player attempts to make a steal.

Despite a slow start, the West Rusk Raiders got back on their feet and defeated the All Saints Episcopal Trojans 63-51 at Saturday afternoon’s non-conference home game.

In the first quarter, the Trojans took the Raiders by surprise and quickly added 19 points to their side of the scoreboard. West Rusk scored 15 points.

The Raiders refused to stay down for long. The second quarter saw a battle between both teams to take the win. Both teams ended up with a 17-17 tie, but All Saints Episcopal was still ahead overall.

After halftime, West Rusk came back with a vengeance and charged ahead. The Trojans could not keep up as the Raiders took the lead 15-9.

The final quarter sealed West Rusk’s fate as the match’s winners as they widened the gap. The Raiders came out on top 17-6.

West Rusk’s Geremiah Smith and Jaxon Farquhar both lead the team as they each put 16 points up on the scoreboard.

Smith scored two three-point field goals with a 67% accuracy, three two-pointers with a 50% accuracy, and four free throws with an 80% accuracy. He also walked off the court with six rebounds, five assists, and three steals.

Behind them, Andon Mata made noise as he scored 15 points for the Raiders. He scored four three-pointers and three free throws. Mata also had three assists, two steals, and three defensive rebounds.

Jimmie Harper also added eight points to the West Rusk scoreboard, with two three-point field goals and one two-pointer. He also had two assists and one steal.

Next week, West Rusk will take on Alba-Golden in a tournament at 9:15 a.m. on Tuesday before kicking off district play against Elysian Fields on Dec. 31.