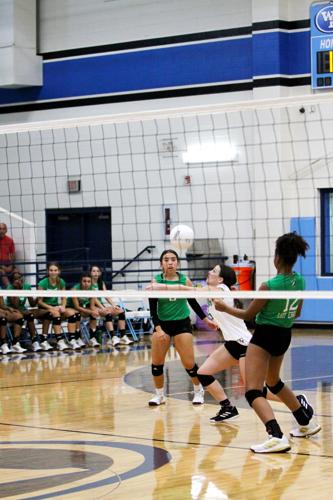 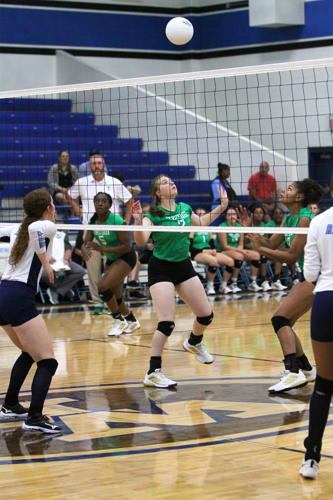 The Tatum Lady Eagles continued their district winning streak with a win over West Rusk on Friday. They dominated in sets one and two, taking early leads and finishing 25-10 and 25-12. In set three, the Lady Raiders fought hard for a comeback, pulling off some of the most thrilling rallies of the match. But the final minutes of the set saw the Lady Eagles pulling ahead for their final victory of 25-17.

Head coach Leven Barker praised the Lady Eagles’ defense and serves of the night, which made the difference in the game. He especially commended Caitlyn Jones, one of Tatum’s junior varsity players who stepped in for Karly Stroud. “[Stroud] has a concussion and she’s one of the major parts of our team,” said Barker. “We pulled [Jones] up and she shined tonight in that position. So that’s kind of what we’re about. We’re pretty deep as far as depth on our team.”

Tatum’s season record is 28-6 as of Friday, and its district record is 3-0. “We’re just trying to grow as a team. Our goal is to get better every time we play,” said Barker.