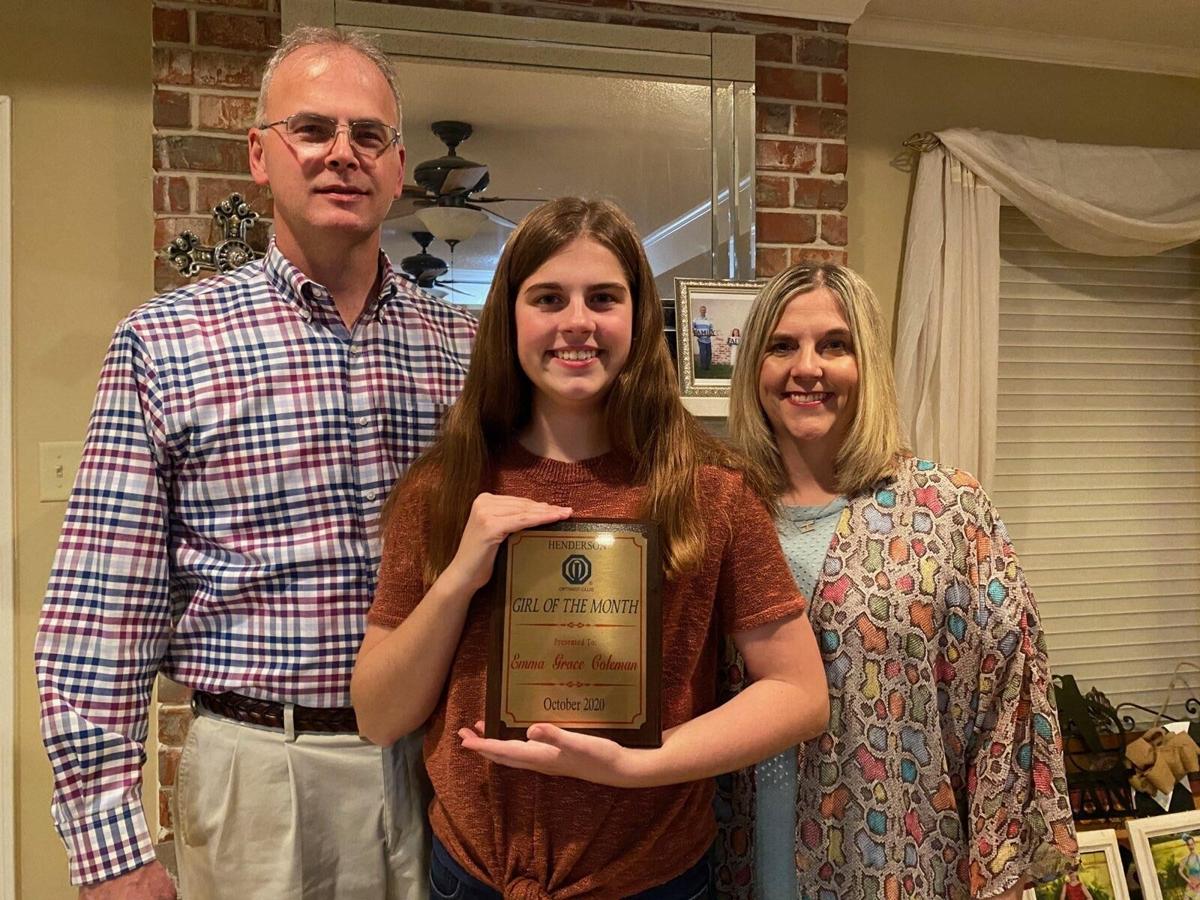 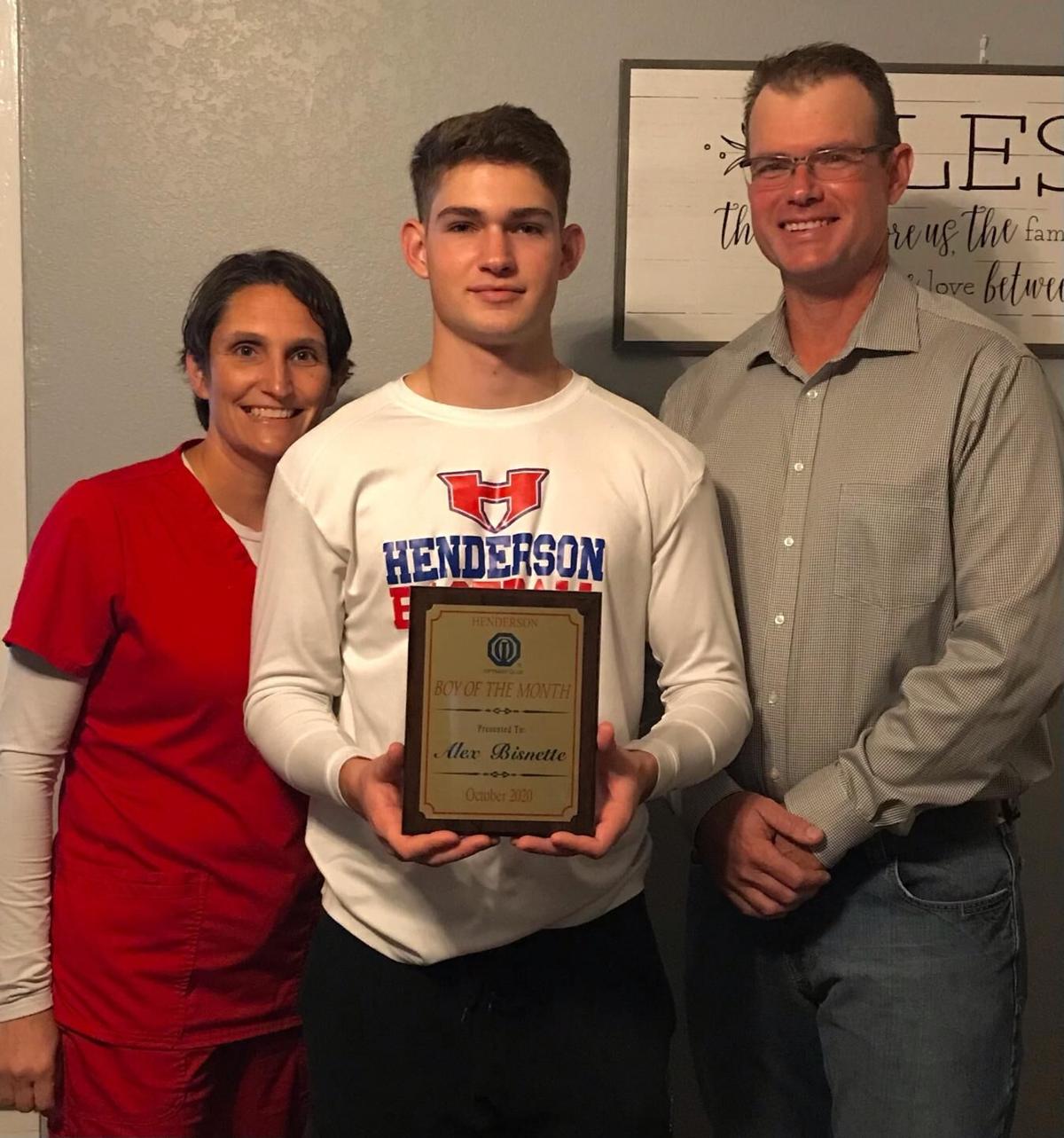 Henderson’s Optimist Club have weighed their options and chosen Emma Grace Coleman, daughter of Lawrence and Holly Coleman, and Steven Alexander Bisnette, son of Sonya Lee and Steven Bisnette, as October’s Boy and Girl of the Month.

She is proudest of the fact that she has was accepted into the NHS in her Junior year. She is currently enrolled in multiple AP classes dual credit courses and plans to attend East Texas Baptist University to study Elementary Education.

Coleman, highly active in band and twirling, has been granted the Texas Music Scholar Award for the band and took home medals in UIL Twirling and Solo and Ensemble. She also took home a medal in UIL State competitions for Twirling.

She feels as though her participation in these activities has made her a better student and citizen in that they have taught her the value of teamwork.

Coleman is a member of First Baptist Church of Henderson, where she participates in the youth group, Praise Team, and the Life Worship Praise Band. Her time spent within the church has helped her develop a positive outlook on life, and being surrounded by people her age who hold to the same beliefs has helped her keep her focus on Christ.

Accents gone wrong and all to do with the letter 'R'

To her parents, Coleman is thankful that they encouraged her to do her best in every task she sets before herself. She is grateful for the Christian role models her parents have been and inspired by their motivation.

Steven Alexander Bisnette, Boy of the Month award recipient, is a member of the National Honor Society, Key Club, and Interact Club. One of his proudest achievements was being nominated for the Congress of Future Medical Leaders Award of Excellence. His post-high school goal is to further his education with a major in nursing.

Bisnette is a long time member of the HHS Baseball and Football teams and a two-year member of the HHS Band. Some of his fondest memories were bus rides to the baseball games. He feels as though the time he’s spent in sports and band have taught him discipline, responsibility. From these, he has also learned how to work as a cohesive team.

Bisnette has spent his summers since 8th grade working at Pine Springs Baptist Camp, where he feels he has learned to serve others and to be a positive influence.

He would like to thank his mother and father for always pushing him to be great in all things and helping him to develop a great work ethic.