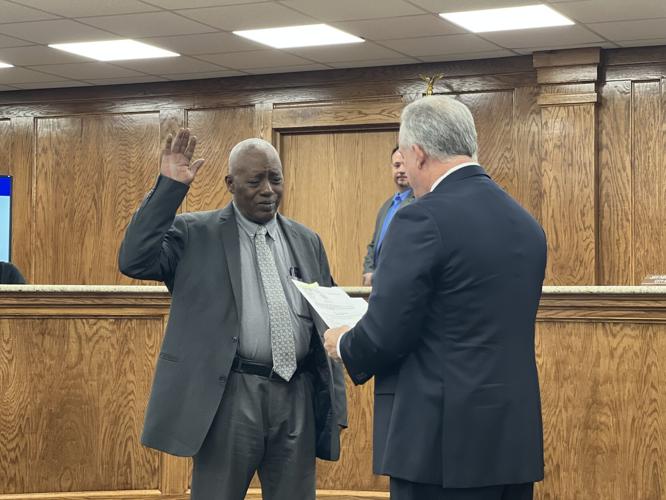 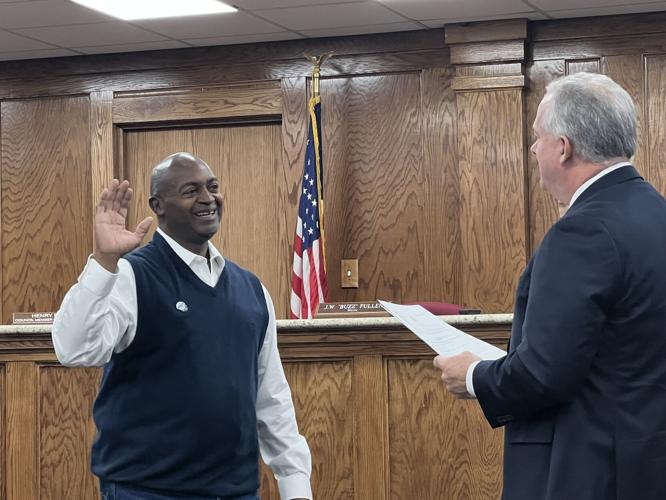 During its regular meeting on Tuesday evening, the Henderson City Council canvassed the votes of the Nov. 8 General Election and newly elected Council members Henry Pace and Reginald Weatherton were officially sworn in. Pace received 229 votes total in the race for the District 3 Council seat while challenger Rand Cates received a total of 61. Weatherton ran unopposed for the District 2 Council seat. After conducting the oath of office, the Council appointed Pace to be Mayor Pro Tem for the next term.

The Council unanimously approved their Consent Agenda for the meeting. Items on that agenda included approving the minutes for their Oct. 18 regular meeting, approving the Henderson Economic Development Corporation’s (HEDCO) Financials for September 2022, approving street closures for the annual Christmas Tree Lighting and Parade for Dec. 1, 2022 and approving a contract with MPA Fireworks for the July 4 Fireworks Display in 2023.

In other agenda items, the Council approved an amendment to the 2023 Master Fee Schedule, which according to City Manager Joe Abercrombie has had no major changes other than the annual 5.3% increase to the solid waste fees.

With the approval of Ordinance 2022-10-13 amending the Zoning Map, five properties on Jacksonville Drive were changed from a Low-Density Single Family Residential Zone to General Commercial. According to Planning and Zoning Administrator Billy Huges, the five properties were incorrectly zoned as residential in 2016. Hughes said that this will make it easier for those business owners to sell the properties or to receive bank loans.

The Council considered adopting an update to the International Energy Conservation Code from the 2012 edition to the 2015 edition. To be in compliance with state law, the City needs to enforce the latest edition of the Code which is updated every six years. Hughes said that the Code can expect to become more stringent in coming years in order to for residential and commercial properties to be more energy efficient. As this was the first reading of Ordinance 2022-11-14 for adopting the update to the Code, Pace said the Council will take the second reading of the Ordinance into consideration for their next meeting.

The Council also approved a minor plat application to subdivide a lot located in the 1100 Block of Longview Drive.

Lastly, the Council approved an amendment to a previous resolution approving a grant application for $25,000 to purchase a community outreach vehicle as requested by the Chief of Police Chad Taylor. The amendment changed the resolution so that it listed the City of Henderson instead of the Henderson Police Department.

The Council withdrew for their Executive Session to discuss real estate properties located at 400, 402 and 404 W. Main Street with the City Attorney and no action was taken as a result of the closed session.

Sorry, there are no recent results for popular videos.