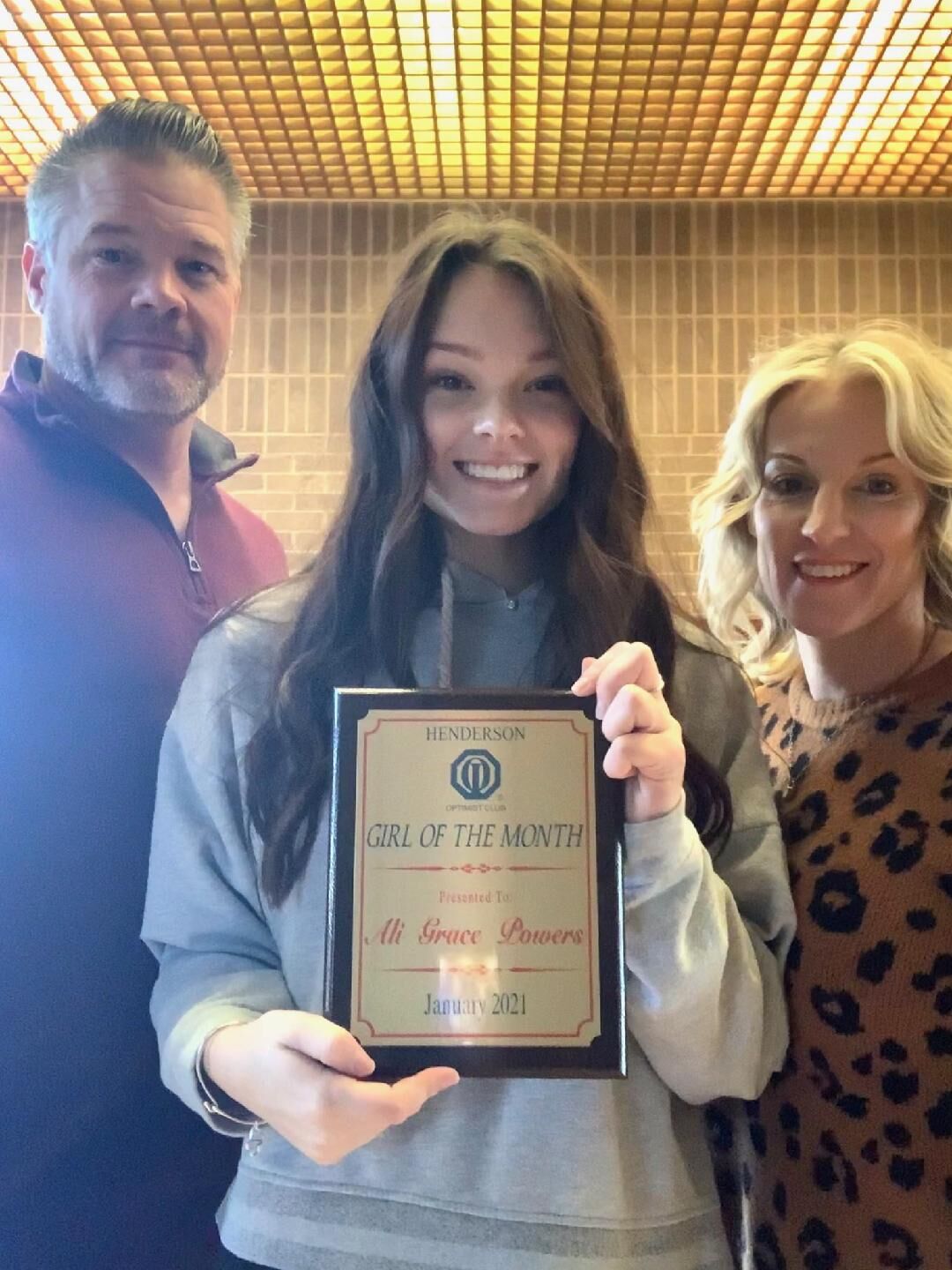 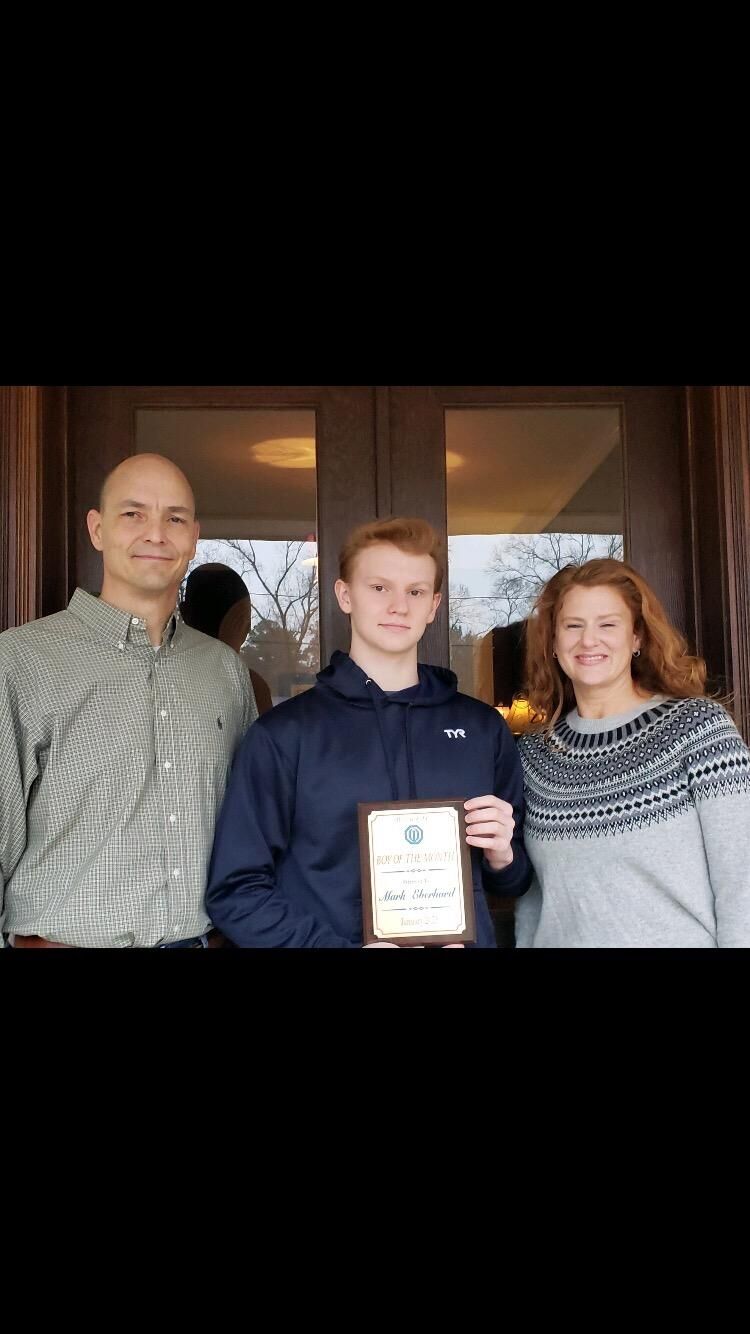 Henderson’s Optimist Club has announced their January Boy and Girl of the Month.

Girl of the Month winner Ali Grace Powers, daughter of Misty Butler and Kevin Powers, is a member of the National Honor Society, Key Club, Interact Club, and an HHS Cheerleader. She is also a member of Henderson’s Future Farmers of America chapter and regularly competes in the Rusk County Youth Project Show where she shows rabbits.

She is proudest of the fact that she has and enrolled in all available advanced and honor classes to include AP Calculus and Chemistry. Even during this advanced curriculum, she has also managed to take multiple dual credit classes.

Her favorite class has been math at which she has excelled under the helpful tutelage of teacher Ronny Grandgeorge.

Powers has been a five- year member of the cheerleading squad and has played volleyball and continuously participated in the FFA Ag Issues and Vet Tech programs and assisted with The Champions Rodeo.

She feels as though her participation in these extracurricular activities has taught her to better manage her time and the balance of studies and activities has made her a more rounded student.

Powers is a part of the First Baptist Church where she has participated in multiple Vacation Bible Schools and traveled to Belize as a missionary from the church. She feels her involvement in church activities has allowed her to grow in her faith and opened the door for her to spread the word to more people.

Upon graduation, she plans to attend Texas A&M University with a major in Biology

To her parents, Powers is thankful for their constant support and grateful for how had they have always worked to provide for her and her sister. They have pushed her to become her best self and she owes everything to their influence.

The Boy of the Month award recipient is Mark William Eberhard, son of Mike and Lindsay Eberhard. He is a longstanding member of the National Honor Society, the Texas Interscholastic Swimming Coaches Association, and Academic All-State.

Eberhard is proud of his determination in the completion of 26 dual credit hours and surviving and thriving in his chosen AP math classes.

He is a devoted and talented swimmer. Eberhard has been a competitive swimmer for four years during which time he won District competitions for three years, a Regional championship during his Junior year, and was a State finalist in his Freshman and Sophomore years, and placed third in his Junior year. With his Senior swim season in full swing, great things are on the horizon.

Eberhard believes his participation in these extracurricular activities has taught him the value of hard work, setting goals, and never giving up. Traveling to Tyler daily for twice a day swim practices has taught him discipline and time management.

He is a member of Henderson’s First United Methodist Church and his strong faith in God has helped him see that God helps those who help themselves.

After high school, he would like to attend a college where he can continue to swim competitively for a Division 1 school. He intends to major in Finance.

Eberhard would like to thank his parents for their support and never ending belief in him. He expressed gratitude for everything they’ve done for him. He loves them both deeply.