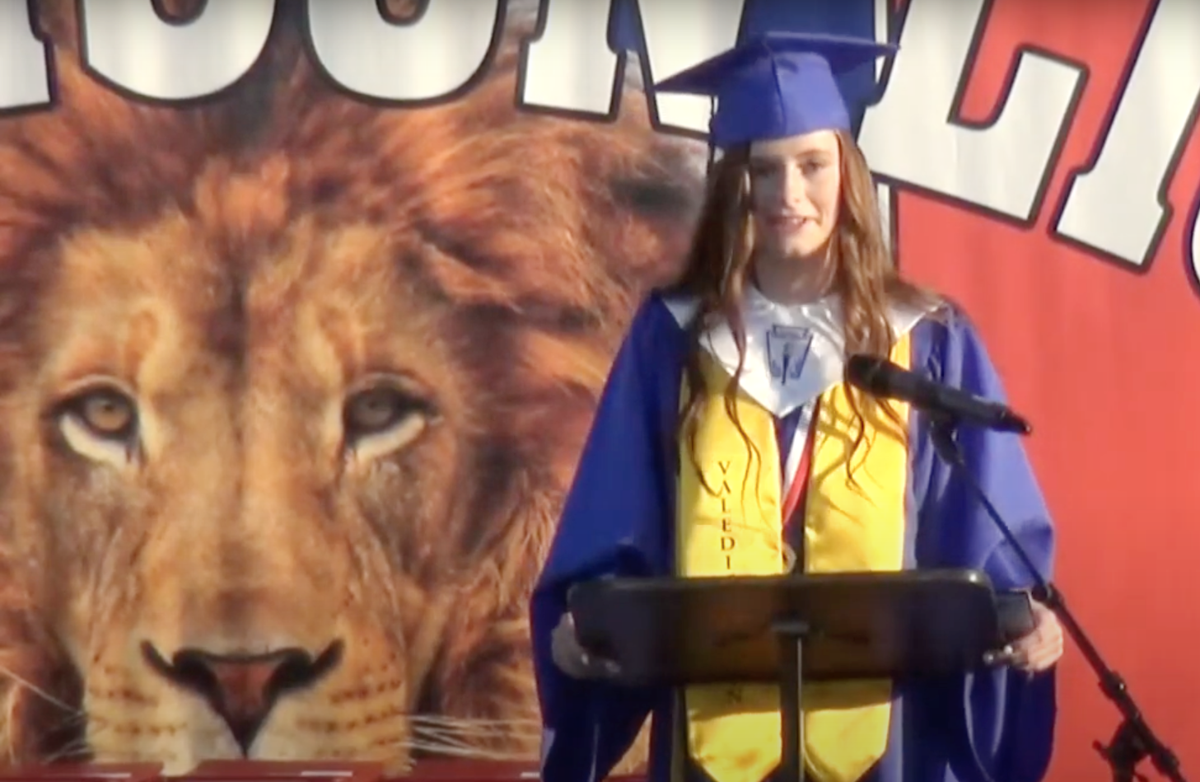 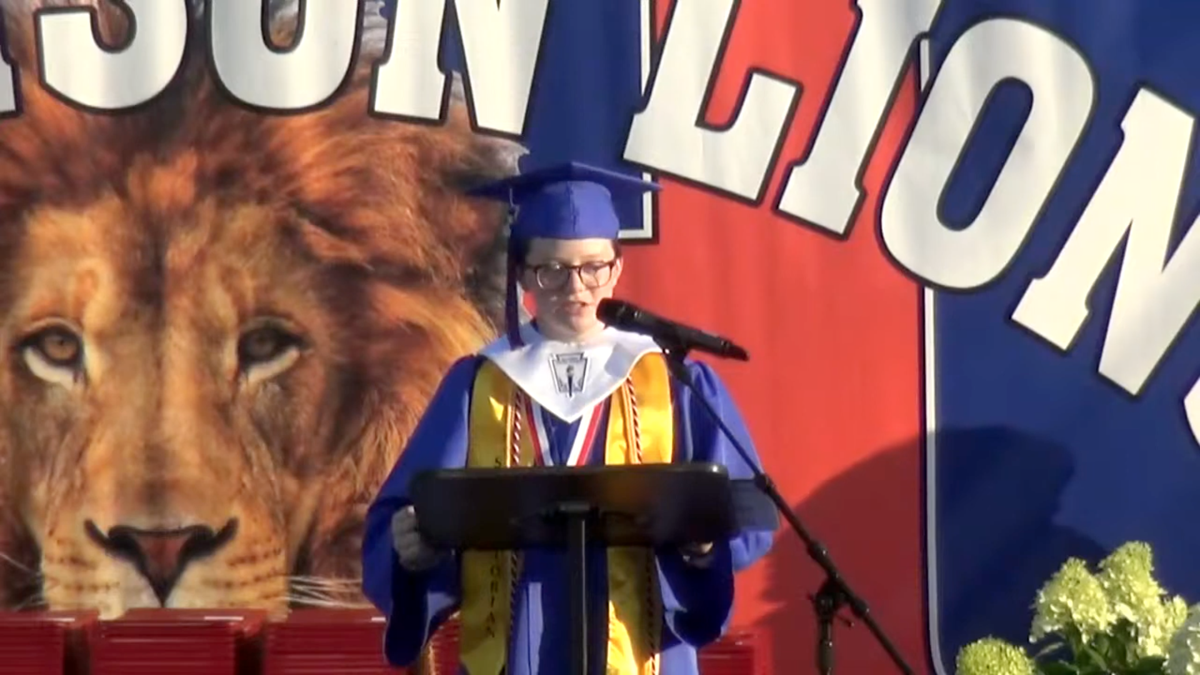 Led afield by Valedictorian Mary Frances Mills and Salutatorian Mia Hay the 215 student-strong class strode into the stadium to cheers and applause from their ticket-holding family members in the stands.

Principal Terry Everitt welcomed the Class of 2020 and thanked each student and their family for the great patience they’ve shown as the district worked to create a worthwhile ceremony from stipulations handed down by Governor Abbott.

Mia Hay, 2020 Salutatorian, also welcoming the attendees, addressed the uniqueness of her graduating class, and how they would impact the world. “It’s safe to say this is probably one of the strangest graduations HISD has had in its 129-year history,” said Hay, “However, this year, this class is history in the making.”

Abbi Smith, graduate and vocalist, gave a moving rendition of the National Anthem.

Valedictorian, Ann Mills, spoke with gratitude for the opportunity to be a part of a graduation ceremony, as recent events had left her unsure whether it would happen. She thanked the people who made it all possible including administration and teachers both past and present calling them, “threads that sometimes rip apart but most of the time hold together a student’s attitude, mental health, and life.”

Remarking on the struggles the group will forever remember she reminisced on the memories they will never forget. From scary substitutes, pranks, praise, discipline, and dress-codes, these 215 young adults have experienced it all, together. “Nothing can take away the impact we left on this school,” said Mills, “or the impact that we’re going to have on the future.”

She went on to compliment her classmates saying, “You are the most inspiring people in my life.” “Thank y’all for making COVID-19 seem not like a set-back but instead an opportunity to show the world how important the class of 2020 really is and for us to get the recognition that we truly deserve.”

Cuomo's passionate plea to the government: 'Do your damn job!'

Principal Terry Everitt returned to the podium to offer the commencement address. Taking a brief moment to reminisce, Everett said, “It seems like yesterday that we walked the majority of you into that hold kindergarten building on Sand Street and tonight we’ll walk you out of Lions Stadium as high school graduates.”

Everitt’s speech was, in reality, a shortlist of important life lessons through the eyes of a baseball coach. The first lesson was “Carry your own bat bag.” The bat bag was a metaphor for the choices one makes and the recognition that ownership of one’s choices and responsibility for the outcomes needed to be successful.

His next lesson was “Get your Gatorade before the game starts.” In this, he expressed the value of being prepared and organized. In taking a moment to prepare for all possible outcomes you can focus on the tasks at hand. Everitt expanded his point with a quote from Ben Franklin, “By failing to prepare you are preparing to fail.”

Everitt’s last lesson was “Tough people win.” Even the best of us will face some sort of adversity and those with the mental strength to power through the hard times will find lasting success. “When faced with adversity remember the best don’t just face it they embrace it,” said Everitt. Taking in this last moment to impact the future of these students he said, “We can’t wait to watch what the future holds for you. You have what it takes to be successful.”

After the class was accepted by Dr. Thurston Lamb, HISD Superintendent, each student was called to the stage to receive their diploma, pose for a photo, and adjust that ever-important tassel.

Saul Quintanilla offered the benediction, signaling the conclusion of the night’s event and the finale for the Henderson High School Class of 2020. As the school song was played royal blue caps filled the air. To the tune of “Five More Minutes,” fireworks lit up the evening sky in celebration of these 215 young adults.