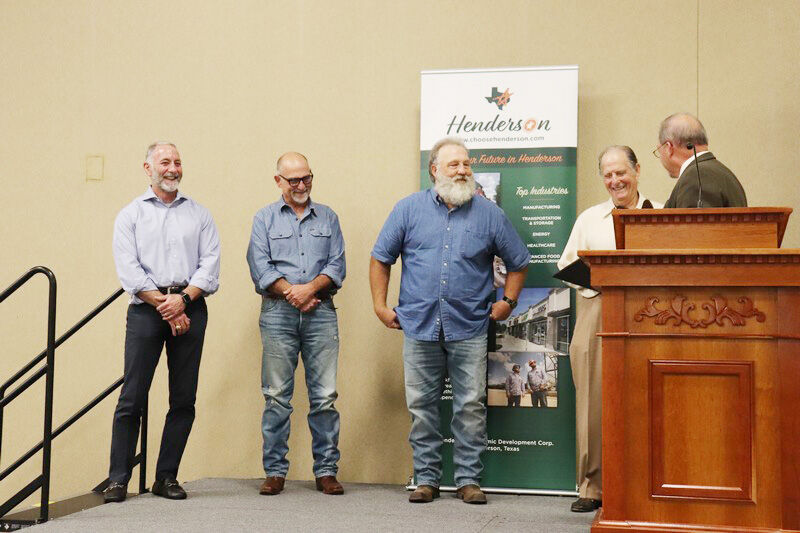 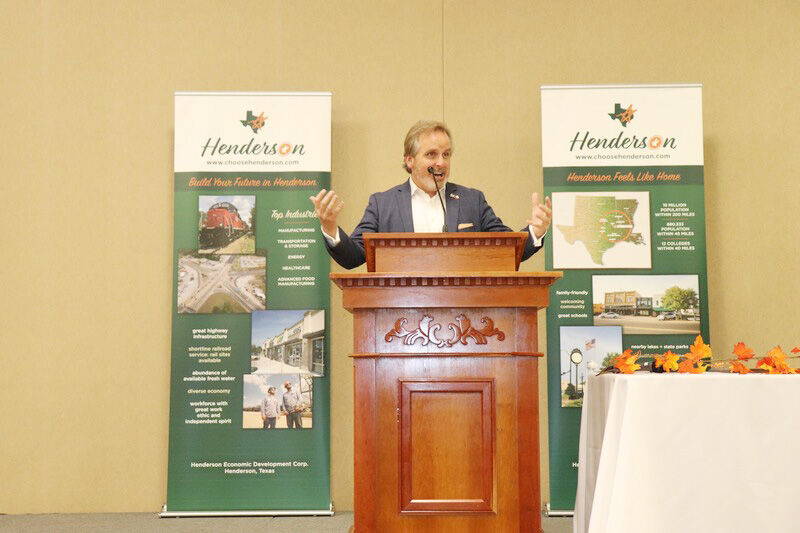 On Tuesday October 6 the Henderson Economic Development Cooperation (HEDCO) held a Business Appreciation Luncheon to honor industrial businesses in Henderson. There were 103 attendees even during this pandemic. Economist Ray Perrryman was the guest speaker.

Sadler’s Smokehouse was presented a plaque as this year’s recipient of the Community and Economic Development 2020 award.

“I feel a little unworthy of standing here to make this award today because I am so new to Henderson having moved here about two and half years ago,” said Executive Director John Clary. “Sadler’s was founded ten years before I was born. Most of y’all know way more than I do about Sadler’s.”

Sadler’s makes high quality premium pit smoked BBQ in a plant on Frisco Street that is over 220,000 square feet and sits on a 40-acre lot. Four generations of the Sadler family have grown the company into Henderson’s largest industrial employer at over 450 employees.

During HEDCO’s reimbursement funds program at the very beginning of COVID it was Sadler’s that invested the largest total funds by a single company for HEDCO’s program. Of the $70,000 of orders by 39 businesses, Sadler’s purchased $18,825 worth of lunch orders. HEDCO reimbursed Sadler’s fifty percent of those funds.