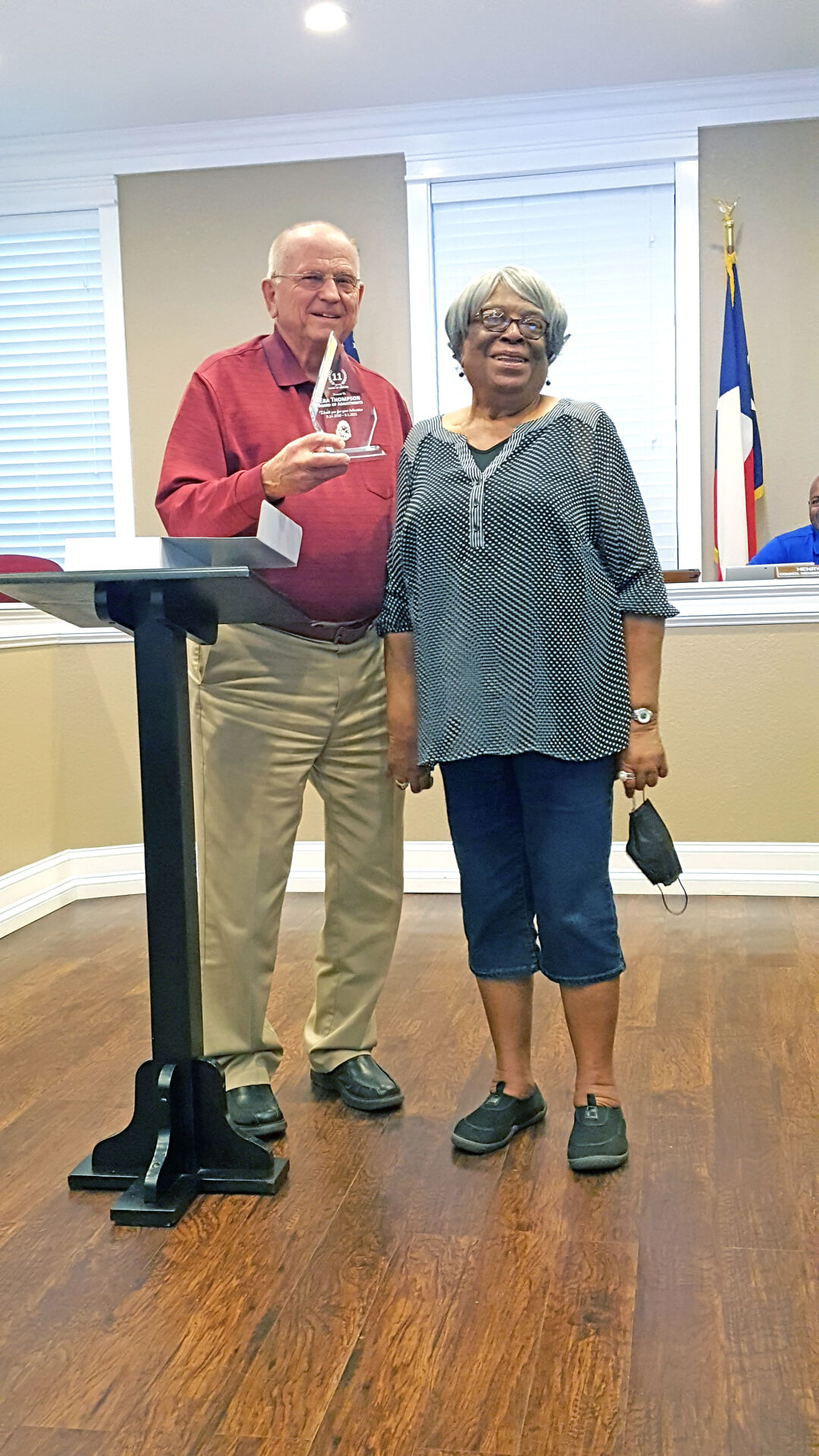 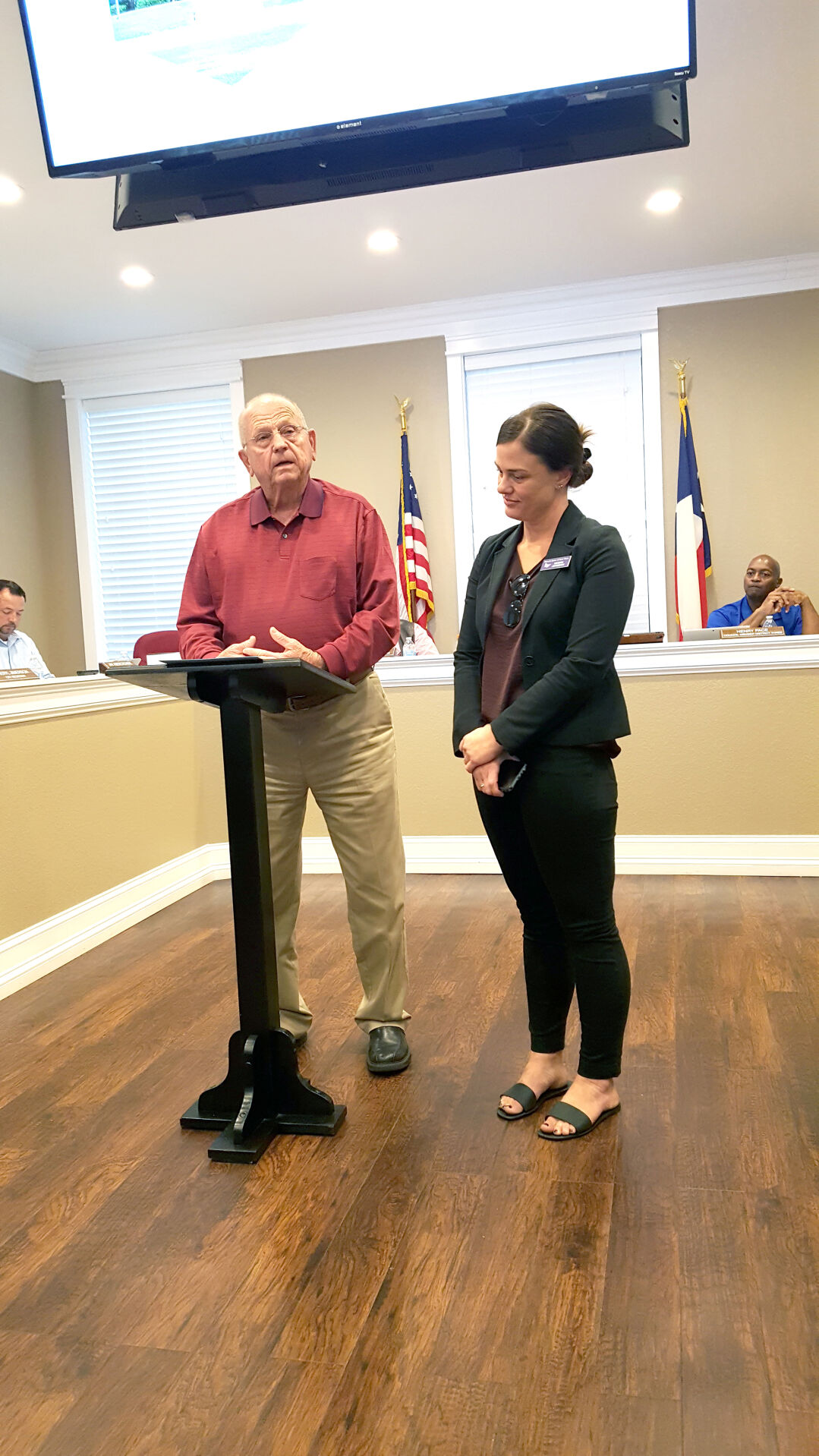 Citizens speak out at Council meeting

Several citizens signed up to speak at the Henderson City Council meeting Tuesday night during the Citizens Comment time. Three asked to speak during a particular agenda item that would be covered later in the meeting. One Resident, Ben, addressed the Council about the animal laws in the City stating that they needed to have tougher laws concerning certain types of dogs.

He then shared with the Council photos and said, “A Pitt Bulldog came onto my property and attacked and killed his Maltese unprovoked. I’m asking the Council to look at the current dog laws and change them so this does not happen again.”

Even though the Council could not speak during the Citizen Comments time it was obvious that they were concerned.

During the first part of the meeting Mayor Buzz Fullen declared a proclamation, gave out an award for service and honored a Henderson fireman.

The proclamation was presented to Megan Johnson of the Women’s Center of East Texas declaring October as Domestic Violence Awareness Month. An award was given to Era Thompson for her years of service on the Board of Adjustments. Then Sonny Ybarra was honored for graduating as a Fire Chief from the Fire Academy.

At the end of the meeting the Council went into executive session to discuss real estate as they have for several months. At the end of the Executive Session they returned and Council Member Michael Searcy read a resolution authorizing the City Manager Jay Abercrombie to move forward with the purchase of property across from Lake Forest Park.

The property is known as the Jack Gray Estate and located between Lake Forest Park and North Evenside consisting of 121.720 acres. The appraisals and title search of the property has been completed. The Council then approved the resolution given Abercrombie the authorization to buy the property in cash with current funds that are available for this purpose.

When the Council reached item ten on the agenda that read Consideration and possible action on Ordinance 2021-10-01 providing exclusivity of dumpsters with the company (Republic Services) under contract with the City of Henderson.

The first to address the Council was Brant Bane of Bane Investment Holdings in Henderson.

He asked the Council for clarification and said, “How will dumpsters be classified in this ordinance? Will roll offs be considered a dumpster? This could create a monopoly if they are classified as one.”

Bane told the Council that he personally owns roll offs and that contractors should have the opportunity to use the company of their choice.

The second person to address the Council was Rodney Wooten. He agreed with Bane.

“I own my dumpsters. I have been in business for 25 years and people should have a choice of who they can use for roll offs. I would like to see the definition defined,” Wooten said.

Storm continues to strengthen and shift towards the east

Migrant boat capsizes in English Channel. What we know so far

Videos reveal how wealthy Natives lived during the oil boom

Next to address the Council was Wes Breitenberg, a City Council candidate and employee of Waste Connections in Henderson. He told the Council that he was speaking as a concerned citizen and not as a representative of any company. He then gave the definition of dumpsters defined by the current City ordinance.

“Speaking as a waste management professional I ask the Council to have further due diligence and to table this item,” Breitenberg said.

Councilman Michael Searcy told the Council that he had received a call from one of the largest employers in Henderson on Friday after the agenda was posted.

“I’m not for this ordinance tonight,” Searcy said.

Mayor Pro Tem Melissa Morton also said that she had received a call about the ordinance and that they wanted the right to choose their dumpster vendor.

The Council unanimously agreed to table the item.

Other agenda items approved were:

A resolution for an Opioid settlement

The appointment of Brian Ballard, Michael Bell and Dylan Culp to the HEDCO Board