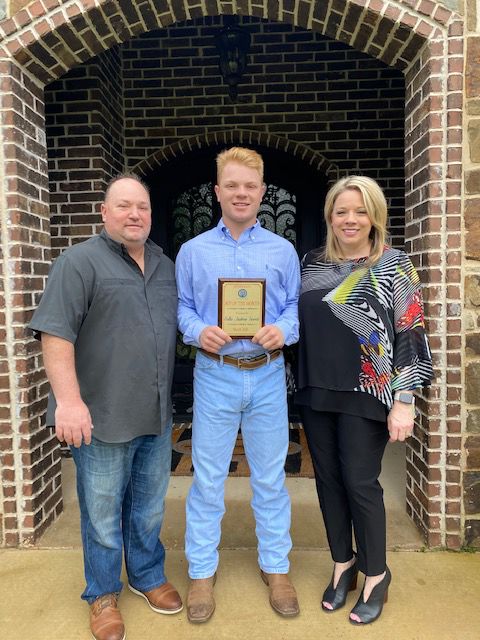 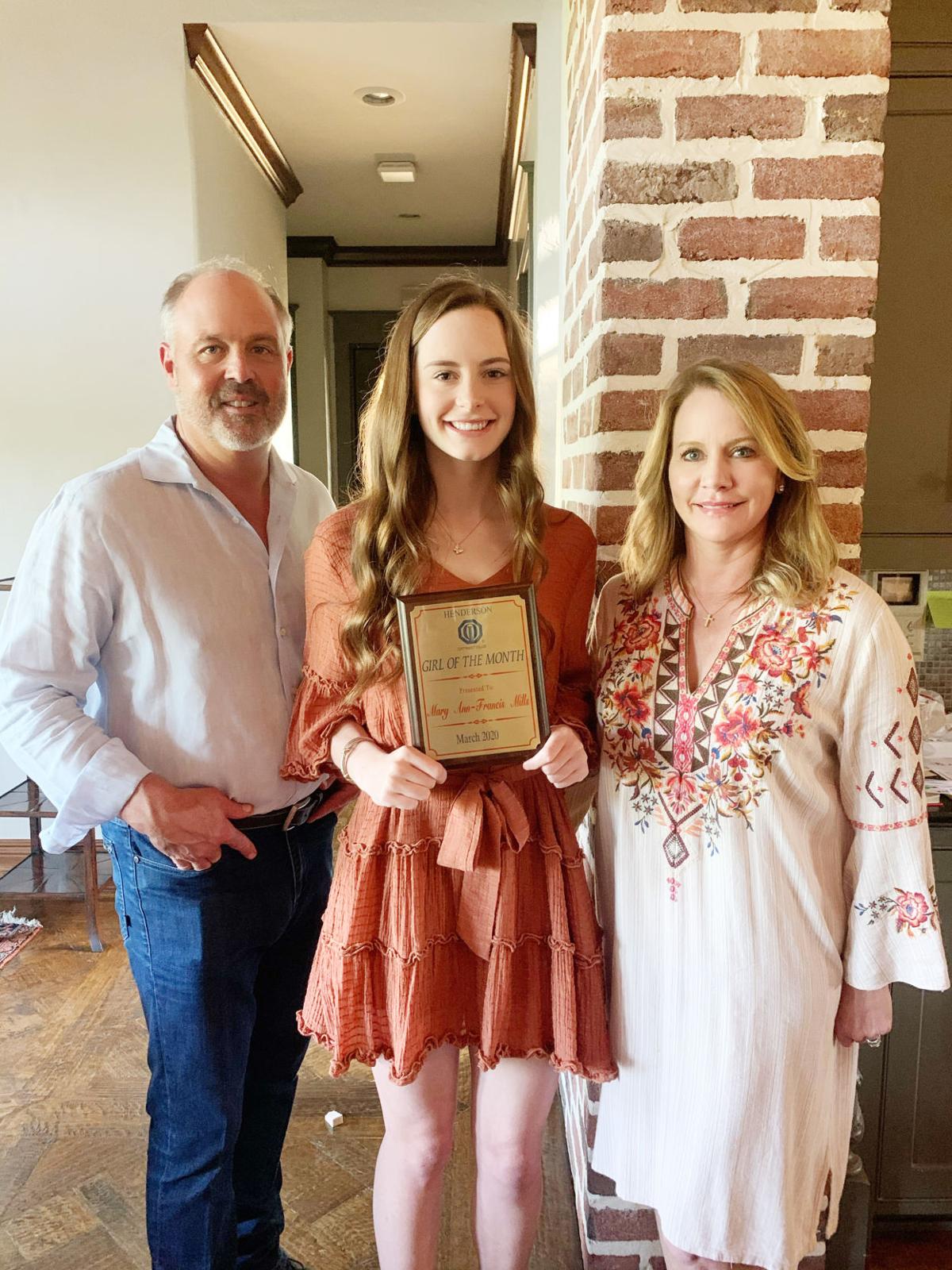 While unable to meet due to social distancing guidelines, Henderson’s Optimist Club has continued to recognize outstanding boys and girls within the Henderson area.

The Boy and Girl of the Month award recipients for March are Collin Everitt, son of Terry and Kristy Everitt, and Mary Ann-Frances Mills, daughter of Andy and Lee Ann Mills.

Mary Ann-Frances Mills, Girl of the Month winner has been named Valedictorian of the Class of 2020. She is a member of the Key Club, has spent 4 years on the Highest Honor Roll, and has been President of the National Honor Society, and Vice-President and President of the Interact club. Mills has held a leadership role on the Varsity Cheer squad and was named Student of the Month in AP Calculus, English, and Economics classes.

While maintaining a number one class ranking for the past three years, Mills also competed and participated in sports. In Volleyball, she was awarded Academic All-Texas and All-District, First team All-District and honorable mention All-State. She also won the “Finish Empty” award. In track and field, she placed third in District twice and qualified for Area. Mills was named an All American Cheerleader and served in leadership roles within the program.

She feels that her participation in these extracurricular activities has allowed her to recognize her strengths and weaknesses and taught her to give 100% in everything she does.

Mills has been a life-long member of First Baptist Church of Henderson and has recently begun to attend Bethel Bible Church. She believes her involvement with these churches has influenced her greatly. Her relationship with Christ has been her greatest support and she credits all of her success to His role in her life.

She would like to thank her parents for their support. She appreciates their accolades and the amount of trust they’ve shown her. Mills said, “I could not have asked for better parents.”

The Boy of the Month recipient Collin Andrew Everitt is a member of the National Honor Society and the Key Club.

He is proudest of his ability to maintain his place on the All A Honor Roll and his participation in advanced and honors classes.

With a flair for English lessons, Everitt felt words and essays flowed easily while the calculations and analytics of his Science classes didn’t resonate.

As a member of the HISD Baseball team, his fondest memory was winning game 2 of three-game series against Bullard in the playoffs. Everitt was named 1st Team All-District, 2nd Team All-District, and made the All-East Texas Team. He believes his participation in these activities has taught him how to deal with adversity.

Everitt is a member of Henderson’s First Baptist Church and regularly participates in the FBC Youth Group. He feels his involvement with the church and its Youth Pastors have shown him what it looks like to live life with God as the focal point.

Everitt would like to thank his parents for the significant amount of time and energy they placed in him and for pushing, and pulling at times, to help him be the best person he can in life.

Sorry, there are no recent results for popular images.